I recently got frustrated at the silence of some of my friends and family after the horrific events at Pulse nightclub in Orlando, and I wrote them a letter. I didn’t expect anyone to actually read it - I don’t write for other people, I write because it’s a creative outlet - but they did.

In fact, a lot of people did.

I like numbers, so I thought I’d share the numbers and some of the unintended consequences behind this micro-period of blogging virality.

On a weekly basis, my blog usually gets a few hundred visitors. In the week following the publication of this blog post, I saw more than 300,000 people reading my blog.

For comparison, almost as many people read this blog post as a piece published by one of the countries biggest LGBT publications. Attitude wrote a piece on their website not long after the tragedy, and according to a subsequent editorial, their post had 327,309 views. This blog post had 323,662 views over 10 days.

On average, people spent 4 minutes and 54 seconds on the page - but there was a very high bounce rate1 too; 95.44%. That suggests they read it all the way to the end, and then they left.

And apparently people from every continent on the planet read the post. Most, not unpredictably, came from the USA. 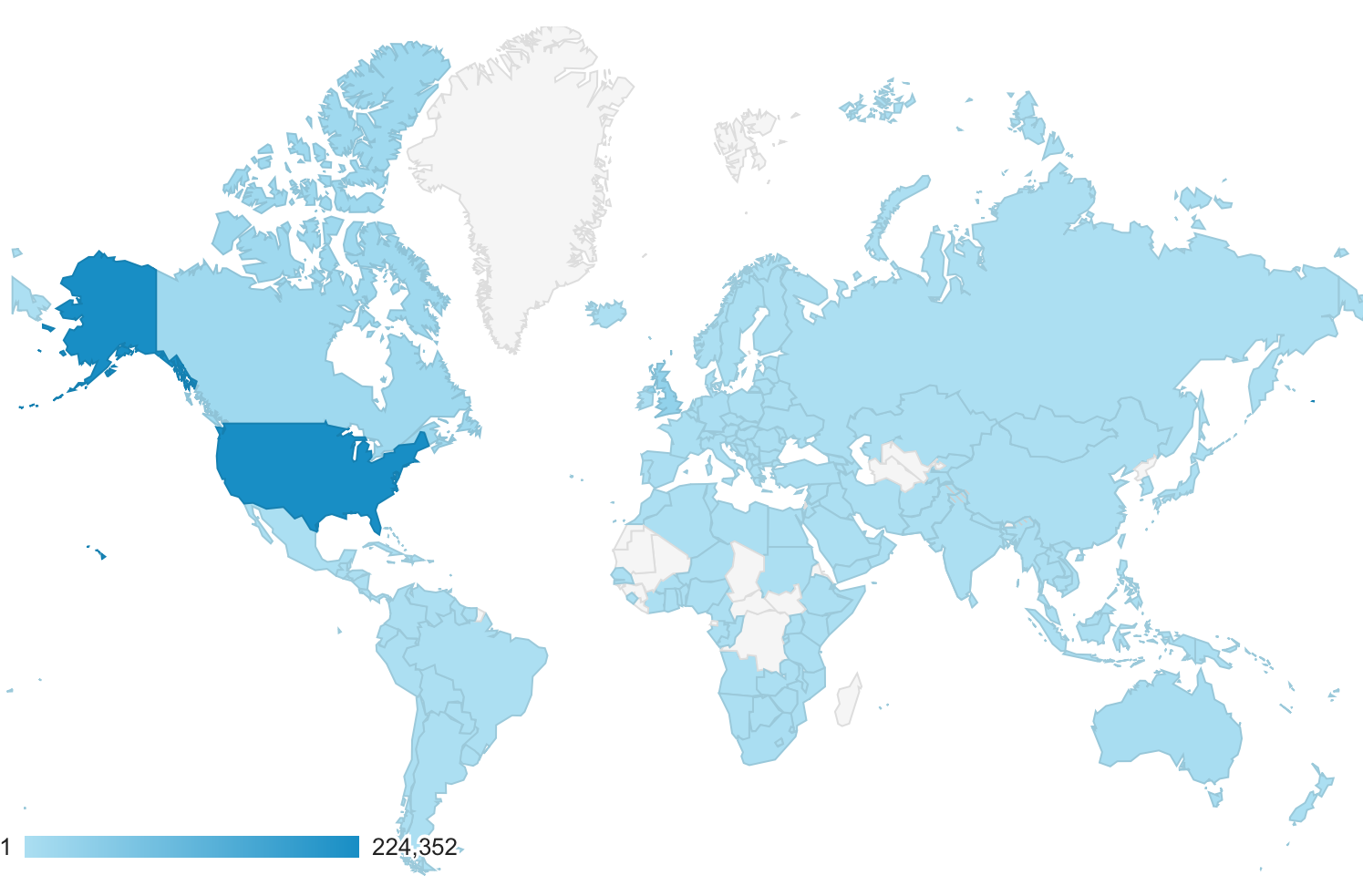 Twitter has a much more versatile analytics platform to demonstrate how content is shared and used across its social network. 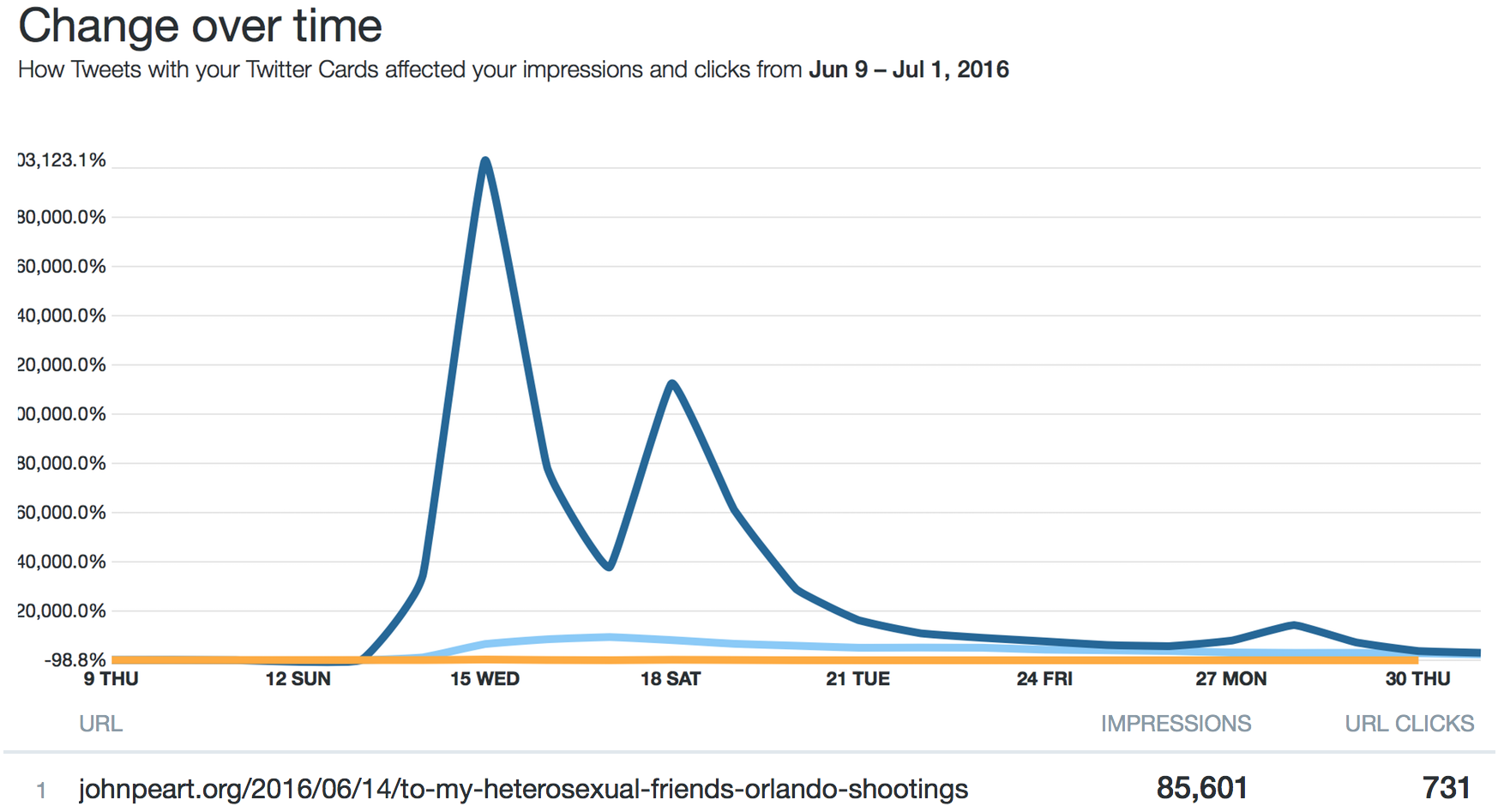 Perhaps the most interesting part of this period of virality was the number of people that reached out to me by email, on Facebook messenger, and on Twitter.

Clearly this tragic event had touched people, and this letter helped them to process it and educate others. I received a lot of kind words, like these from a school teacher in Ireland:

[…] Next week is my last lesson with a citizenship class, and I hope you don’t mind if I read your letter to them. I don’t know, but it’s likely that some of those kids are LGBT and I want them to feel valued. […]

There was this from a father in Australia:

What you wrote was exceptional. I read it to my sons, aged 9 and 11. […] If I could do something positive and use this horrific mass murder as an educational tool for my children, to become good men I hope I do it with the respect the issues faced by LGBT people deserve. […]

And this from someone who felt the same way:

Thank you for your beautiful essay to your straight friends. My experience has been similar (family included). You said it beautifully.

Of course, the internet wouldn’t be the internet, were it not for trolls. Apparently some people like to find the negative in every positive act, even an unintentionally viral one.

Perhaps my favourite (!) piece of hate mail from this episode opened simply with this:

Congrats on making an ass of yourself.

So there you have it - a glimpse into what happens when you accidentally create a viral blog post and it spreads around the world in a matter of hours.