Twenty year’s ago this month, Theme Hospital was released in Europe on the PlayStation1. After two decades, the game still has a special place in the hearts of many. I recently started playing it again, prompted by news that the original game’s developers were reviving the classic.

As I sat building rooms, curing cases of “Bloaty Head”, and hiring staff, I noticed something: Theme Hospital isn’t just a hospital management simulator. It’s a lesson in gender politics.

The tutorial for Theme Hospital is brief, and there are only 4 steps to it:

The gender stereotyping starts at step 2 of that process, where the only receptionists you can hire are women. 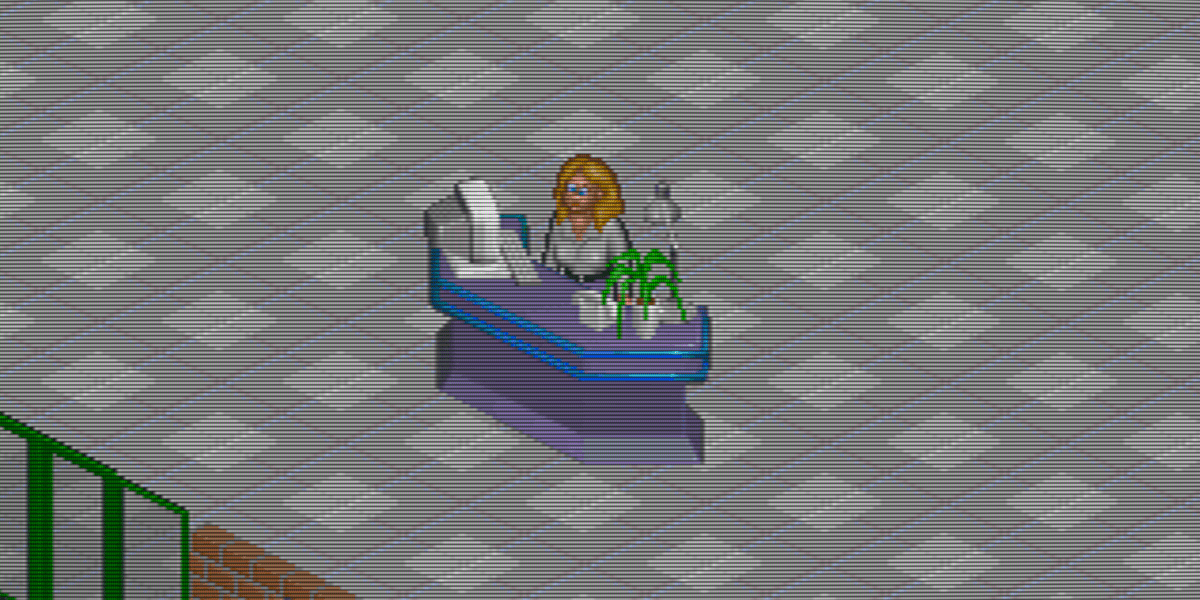 It is not possible to hire a receptionist that is a man. They are always white women. Always the same, blonde, white woman.

Now you might be thinking what I thought. This a game from 1997; maybe there just wasn’t enough disk space to be able to create alternate receptionist character sprites. The only voiceovers in the game are women too. But then I noticed the doctors: all the doctors in Theme Hospital are men. 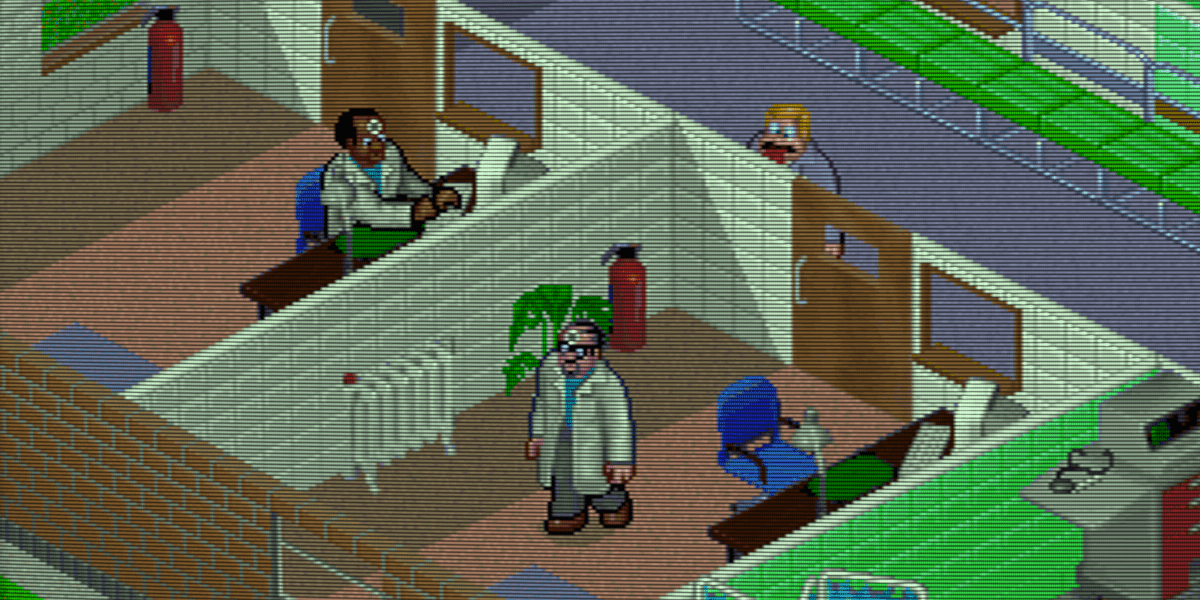 The doctors have lots of character sprites. They’re young and old, black and white, and beardy, hairy or bald. Even the ‘assistant’ — who is a man — is clearly a doctor. 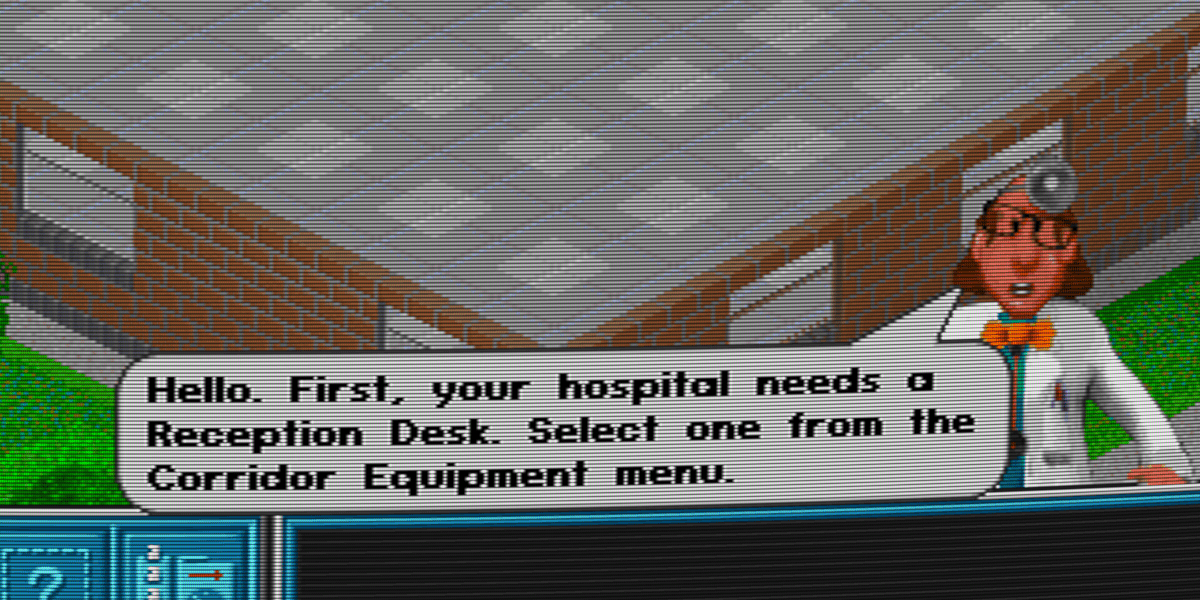 When you get a little further into the first level, you start hiring nurses and caretakers. Nurses are women, caretakers are men.

There’s ethnic and age diversity amongst the nurses too, but they are only ever of one gender. The caretakers, similarly to the receptionists, are always the same homogenous, older men.

Suddenly the choice of gender looks remarkably like a deliberate stereotyping rather than a technical constraint. Theme Hospital taught millennials, growing up in the age of mass-consumer technology, that doctors are men and nurses are women.

A little way into Theme Hospital and the game mechanics slowly get more complex. Not only do you have to hire more people to make your hospital run effectively, but you also need to retain them — before they all apparently run off to be game developers for better money.

Doctors, nurses and caretakers all demand wage increases as their skills increase or their environment worsens: just like in real life. And just like in real life, men are more likely to ask for bigger pay rises and start from a higher base. This is the gender pay gap in action, in a 1998 video game.

The pay gap is different for every game you play, but it’s always there. In my brief session this very morning, a consultant surgeon, already on the highest salary in the hospital — a princely $246 a month — requested a pay rise of $492. I needed his skills as a surgeon, so I had to allow him to be paid more than all of my nursing and receptionist staff put together!

Now you could argue this is fair. He’s a consultant and a surgeon. He’s the most qualified doctor in the hospital. He should be paid a lot. But it isn’t fair at all.

Think about it. Women can’t be doctors in Theme Hospital. They are never paid as much as the men because they are denied access to a profession that might pay them more. This game, in 1998, was teaching kids about the gender pay gap. It showed that men got paid outrageous amounts of money, whilst receptionists in the game — who were always women — never asked for a pay rise.

It is perhaps ironic that a 20 year old game should so starkly display 2 very current issues in gender politics: gender stereotyping and the gender pay gap. Let’s hope that in Two Point Hospital — scheduled for release sometime this year — the developers don’t fall into the same traps again.