Citymapper is a company that started as an app that helped you get from A-to-B around some of the world’s best cities. Now, it wants to not just tell you how to get to places, but to also be the middleman that handles the charging for your journeys too: hence their newest product, Citymapper Pass.

Citymapper Pass is a subscription to a range of public transport services. You sign up in the app, paying for your first week in advance, and Citymapper send you a branded pre-paid MasterCard in the post which you use in lieu of an Oyster card. They’re apparently also working on a virtual card that would let you pay with your smartphone too, presumably via Apple or Android Pay. 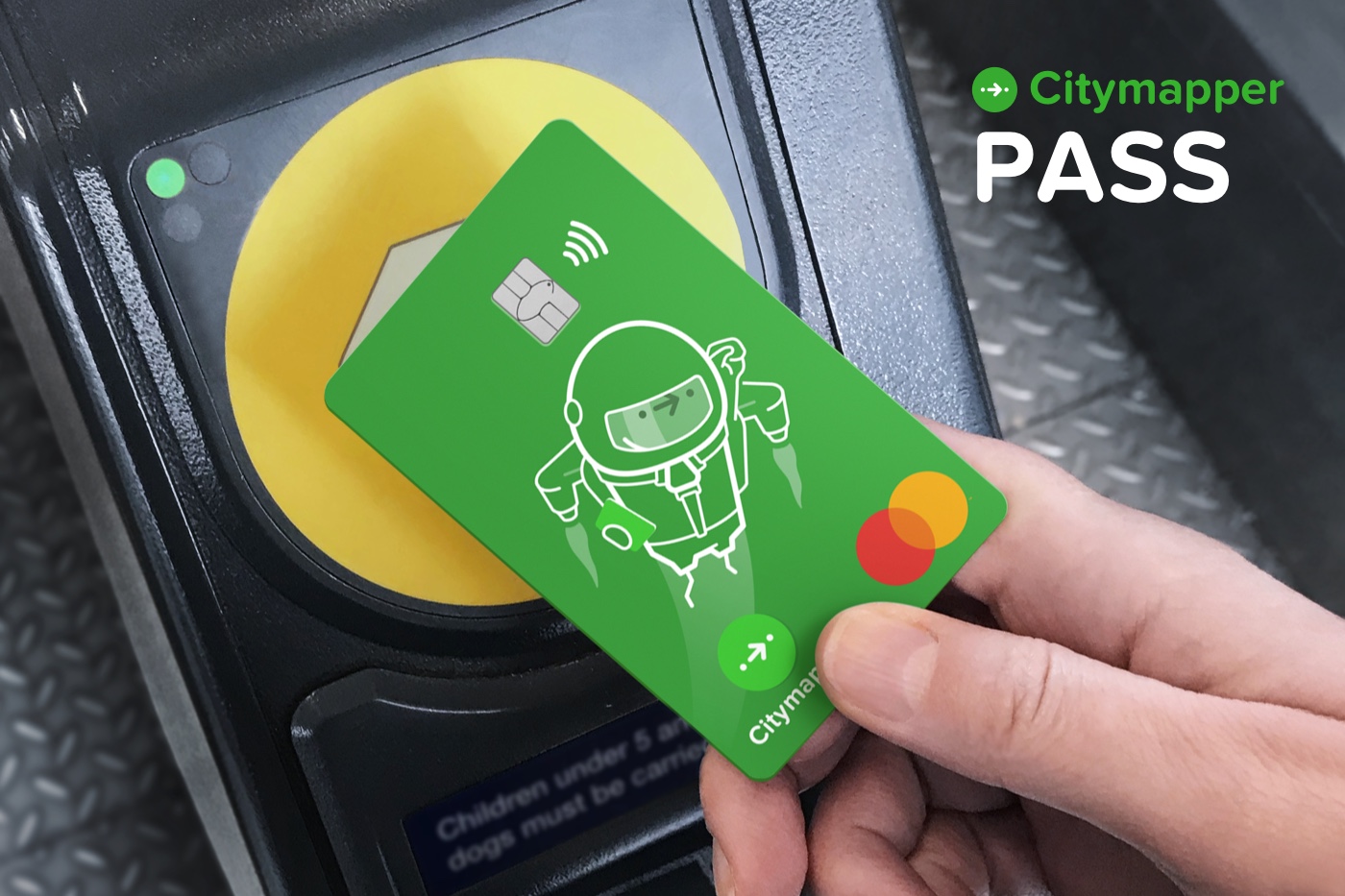 The offer – ‘Super’ versus ‘Super Duper’

The ‘Super Pass’ is essentially a Transport for London Zone 1 to 2 weekly travel card. This means you can take trains, tubes or buses within Zone 2 at no additional charge from Monday at 00:00 to Sunday at 23:59. Usually, this would cost you £35.10 per week – but in a clear loss-leading activity, Citymapper charge you only £31.00 a week.

The ‘Super Duper Pass’ costs a bit more, at £39.00 per week, and includes the same travel card. It also includes unlimited use of London’s Santander Cycles, and £10.00 per week toward taxi fares.

In both cases, if you go outside of the free allowance Citymapper charge the difference to your credit or debit card. So if you venture to Zone 3 (the horror), you pay the additional Zone 2 to 3 fair.

On the face of it, both of these packages are a pretty good deal. The base package is cheaper than the equivalent travel card, and if you use Santander Cycles or taxis regularly, you’ll probably also save yourself some cash there.

Have you ever had that thing where you get to the barriers at the tube station at 8:00am in the morning, and suddenly beep beep beep, access denied because you forgot to renew your travel card? Well that’s a thing of the past thanks to the Pass.

It renews itself every Sunday afternoon, ready for your Monday morning commute. No more standing in line at the top-up machines, or dealing with TfL’s infuriatingly bad Oyster app1.

There are also apparently extras coming soon. ‘GoCoins’ have started to pop up in the company’s app in recent weeks without much explanation; presumably this is some kind of loyalty scheme, though what the loyalty will get you isn’t yet clear.

Given that this still hasn’t been detailed yet, it’s not really a reason to opt in, other than the hope that early adoption might get your slightly ahead on the rewards later.

Holiday pause – for a fee

As great as London is, sometimes you don’t want to be in London; or sometimes you just aren’t. These are the times that having a long-term travel card sucks, because you actively throw away money from your annual or monthly pass whenever you’re out of the city. “Holiday pause” is a nice solution to that – you just ask Citymapper to skip a week of Pass in the app, and it won’t renew the next week.

It sounds great, right? Until you realise that they still charge you for the privilege. £2 for each week you pause your account. Why it costs money to have your card dormant is beyond me; and this is obviously worse than just buying a travel card in that if you don’t need your travel card, you just don’t renew it whilst you’re away.

Worse still, if you’re away for a fortnight, not a week, you can pause again but you get charged per week of delay – not even per pause-period.

No reminder to pause or keep pausing

The benefit of Citymapper Pass auto-renewing is also a curse when you consider that the default is to re-subscribe the next week without warning. That’s because it never reminds you that the deadline to pause or cancel is coming up.

It would be nice if, having seen I’ve paused for a week of holiday, Citymapper would warn me that the pass was about to reactivate, so that I don’t accidentally pay for another week at full price when I don’t need it.

TfL services are regularly and routinely delayed; and if they are by more than 15 minutes, you can get a refund. But how you get a refund on a delayed service using Citymapper Pass is entirely lost on me – it appears you just can’t!2

It would be nice if this was done automatically, or if it was just clear that you’ll never get it back.

I said the cost was a benefit, and it is – if you compare apples to apples, a weekly travel card is more expensive than Citymapper’s Super Pass each week. It only works out genuinely cheaper than ‘pay as you go’ journeys though if you would usually make at least 6 return tube journeys between Zone 1 and Zone 2 each week; otherwise, it’s cheaper to pay as you go.

So that’s Citymapper Pass. Obviously better than a travel card in some ways, and obviously worse than one in others.

Having used it for about 2 months now, it’s left me with two questions: what’s in it for them, and who is this for?

What’s in it for them?

It’s not clear why a company would actively choose to make a loss-leading service like this as its first, proper, paid-for service – aside from having cash in the bank to do so. There must be something in it for Citymapper that isn’t obvious to us as end users; likely some kind of insight from the data they will get from this experiment.

Who is this for?

If you don’t fit that quite narrow definition though, then you may as well just stick to your usual TfL payment method.